This unit is being sold as an openbox the unit was returned with the tele button not working I replaced the ribbon and it now works fine, normal 12 month warranty etc.

Jumper have listened to feed back and released the T16 PLUS not only does this version come with the reinforced scrolling wheel but also HALL gimbals.

The T16 has undergone extensive testing for comfort and functionality, we have taken all the feedback from our previous products along with the feedback from the community in what they expected from a radio and rolled it all into the T16.

·       Compatible with JumperTX (An independent fork of OpenTX)

Jumper JP4-in-1 Module
The Jumper JP4IN1 Module features the CC2500, NRF24L01, A7105 and CYRF6936 RF Chip modules all integrated on one board. This module can convert standard PPM signals form module equipped radios in to the RF protocols used by most radios in the market today (See RF Chip data below). This module is plug and play with module equipped radios in the FrSKY series and requires no complex wiring or “hacking” to get running. The module is a great way to improve the enjoyment of your flying experience, using a better radio such as the FrSKY Taranis series rather than the low grade radios commonly included with most kits offers an night and day difference in performance. The Jumper JP4IN1 module is also upgradable via USB input 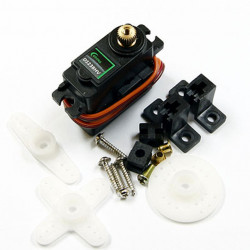 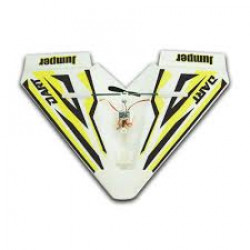 Jumper Dart BNF with Frsky RX.
Jumper Dart BNF All you need is to add the transmitter great fun! Ideal for indoor Flying (can also ..
£29.50 text_tax £24.58
Add to Cart
Add to Wish List
Compare this Product